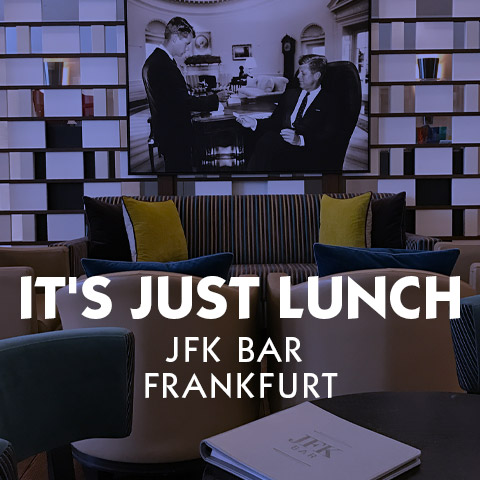 With a 2 full day stopover in Frankfurt, I thought it would be good to go to Villa Kennedy, one of the more refined hotels in Frankfurt. Check out the iconic JFK Bar and have lunch and see how good the main restaurant was. It was a pleasant day for a walk and iconic place to spend an hour or two. A bit of site seeing and fine dining.

The Hotel is truly a lovely hotel in the Sachsenhausen District on the south side of the Main River. An older Hotel, but has had some expert restoration done, and with all the Kennedy and Rock Star Paintings, just fun to stroll through the hallways and enjoy bit of history. A classic feel with a nice hint of retro. The JFK Bar is situated next to the restaurant, and for lunch you can choose to dine in the Bar or Gusto, the restaurant. 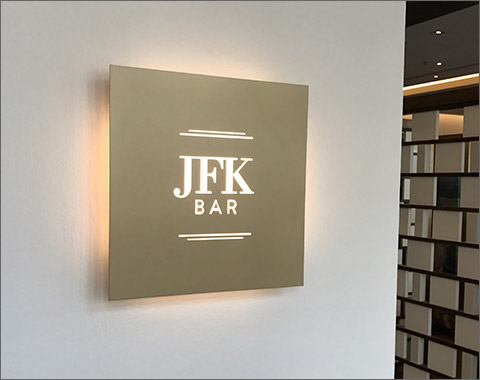 The bar is beautiful and just makes you want to sit around and sip a cocktail or two, but since it was still early, I order my first Apple Wine. For lunch they had a set Executive Lunch special, or one can order from the main menu, which I believe is also the dinner menu. We ordered a few items from the Executive Lunch specials and the Octopus from the main menu. My first course arrived of a Prawn on a tomato sauce with bread mixed in, it was a bit unusual, but OK. However, The Celestial had the Octopus which was pan seared in a whole ton of butter, and he was just not enjoying what the kitchen was serving up. Next the main serving, I had the Beef Sirloin Strips on Mashed Potatoes, and while our server acknowledged a Medium Rare upon ordering, the meat was a Dark Brown and clearly overcooked, flavoring was fine and the dish edible. The Celestial’s fish however arrived uncooked in the center, mostly likely due to not having been fully / properly thawed prior to cooking. After rejecting the fish, the young chef came out trying to explain it was some German style cooking, but neither of us bought what he was trying to sell. They actually charged us for the fish but not the octopus.

Needless to say we were not going to make any dinner reservations, and we left knowing we would need to find a place for an after lunch snack, since one of us left quite hungry. I would like to think that we just happened upon Villa Kennedy on an off day, it happens… But the experience hasn’t improved my general feelings about German Cooking & Food much.

COST: €25 or so for the Business Lunch Special 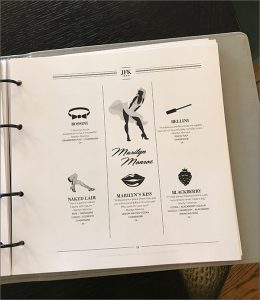 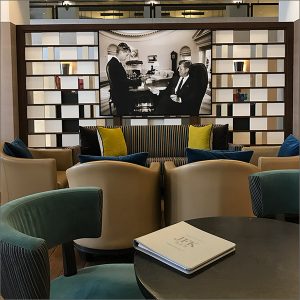 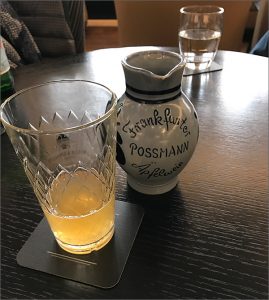 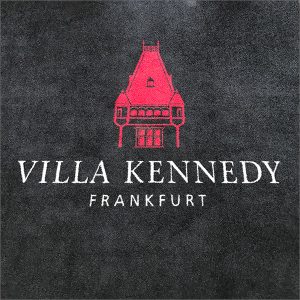 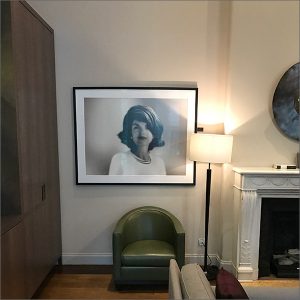 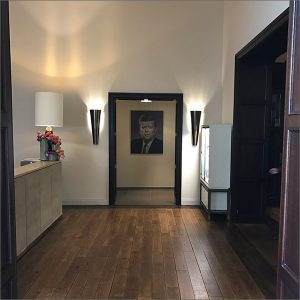 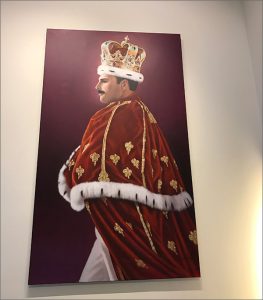