For those living in Los Angeles, Air New Zealand makes a great alternative to fly LAX – London. Generally priced a bit less than the competition on this route, and one of the better services. And this made a great time to test out their SpaceSeat for the Premium Economy before it was phased out for the more traditional seating style. And Air New Zealand has one of the prettiest liveries right now. Boarding went fast and smooth… great getting on right after the Business Class… and the Seats are rather Pod like, and have a ton of space. The Kiwi Flight Attendant (FA) was very chatty, almost to much so… but quite friendly. A cute little Amenity Kit for the Pre Eco customers. Trying to figure out how to use the SpaceSeat is a bit challenging, and finally realized halfway through the flight there was an instructional video.. helped explain a lot of the hidden compartments. The seat was rather comfy to sit in, but stretching out, I always felt I would slip off, thankfully there was a foot pillow to help prop one up.

One big surprise on this flight was the bathroom. I hate flying port-a-potty photos, but had to snap a few of this one. On the Aft Side after Seat 28 is a huge bathroom, similar to a proper First Class bathroom… and the interior was fab. A Kiwi Reading Room in the sky. The book titles on the wall were often quite clever… but one of the nicer non-First Class bathrooms, dare I say, worth a visit.

For Dinner, I opted for the Tikka Chicken, which was quite good. And the refreshments they served prior to landing were pleasant, though a bit to much like Breakfast for a 7pm landing… I was ready for a proper dinner. But I never felt that I wasn’t being taken care of throughout the flight. In the end, I liked the ANZ service a lot, but think a more traditional seating will be better when they refurbish AZ1/2. I can easily fly them anytime. The Business Class upfront are the same Herringbone style pods Virgin Atlantic use, so for the LAX to LHR crowd, it is a matter of cost when deciding. Though the Virgin Clubhouse would be my preferred place to sit when at LHR. 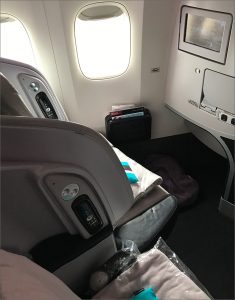 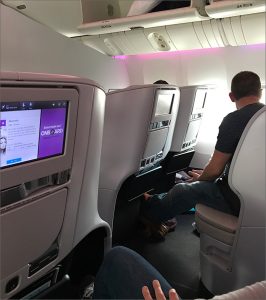 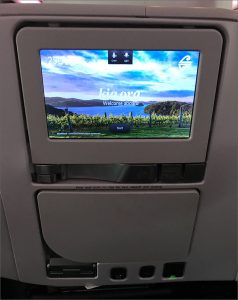 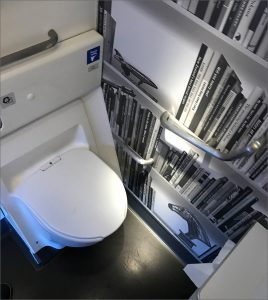 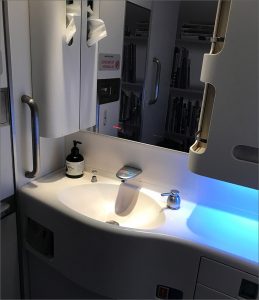 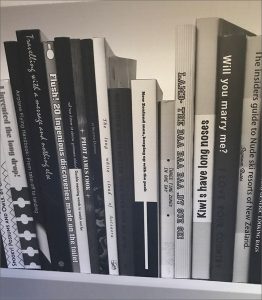 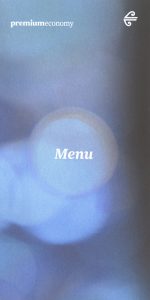 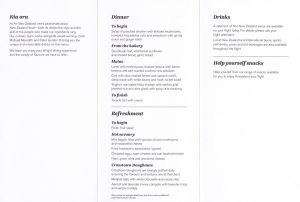 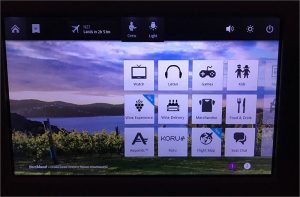 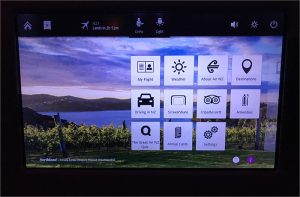 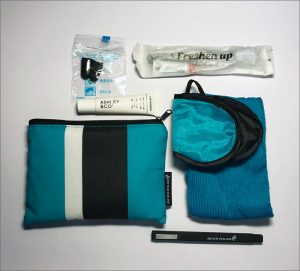