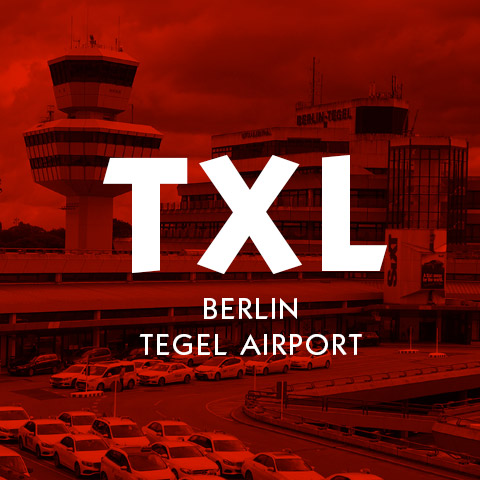 Since 1975, Tegel has been the main Airport of West Berlin, and later most of Berlin. Unfortunately, the main Terminal is not equipped to handle modern air transportation. Not having a central hall area, all Baggage Claim, Passport Control and Security is primarily performed at the gates. Making little room for the passengers. It is a nice Airport for it’s time, but nowadays feels a like arriving to a lesser developed region.

After deplaning on the jetway, you immediately come to Passport Control, right after that is the baggage claim. The baggage carousel was built to last, and sounds quite heavy duty in the small area. Navigating the airport to the Taxi stands from the A1 areas is challenging, especially with luggage. This airport was not built to hold half the people that use it, so just take a breath and take your time.

Tegel’s Main Terminal A was built Hexagonally, so it is an “Airport in the Round” similar to CDG Terminal 1. So do make sure you get dropped off near your check-in area or you will be schlepping yourself to the check-in gate area. If you are flying International most likely your gate is at A1 or A2. These are the gates equipped to handle the larger planes. If departing Schengen Areas, these may be out of Terminals B or C which were tacked on to Terminal A at various time. But be prepared, all this makes for a very messy little Airport.

But for those who like Historical Aviation Buildings, this is one of many that are around the Berlin area. Even the new Brandenburg Airport, the airport that refuses to open, is riddled with history. In many ways it does add to the charm of Berlin, as long as you don’t have to long to wait at TXL.

Tegel has an active and fun Observation Deck on it’s entire rooftop. It does require a Security Check and costs €3.00 to enter, but is good for a bit of #AVGeek fun, or just a breath of fresh air (mixed with Jet Fuel) if you have a bit of time before your flight. Exit the Airport near Gate A15 for entrance.

LOCATION:10 miles NW of the Brandenburg Gate, so very close to Berlin by current standards. A Taxi into mid-city is between €25 – €35.

Several lounges are available. And with the tight space and lack of seating at Terminal A, if you have lounge access, you will more than appreciate a bit of room.

• Lufthansa has a rather spaciaous Business & Senator Lounge. Located near Gate A0 on the second floor.

• Air France / KLM & British Airways have lounges. Located near Gate A15 on the second floor.

• BerlinAirportClub
Available for purchase or for those with Priority Pass. Not a very large lounge, but a pleasant enough place to get away from the crowds. Entrance is on the 2nd floor by the Service Center.

The Red Baron Restaurant by the Lufthansa Lounge is also a good escape from the crowds. The food is OK, but most likely better than what will be served on the flight. There are several other resaurants and a Starbucks, but all are a bit crowded. 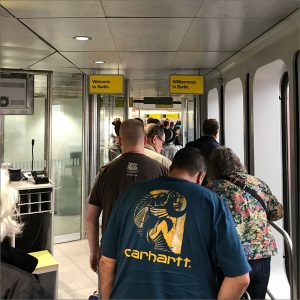 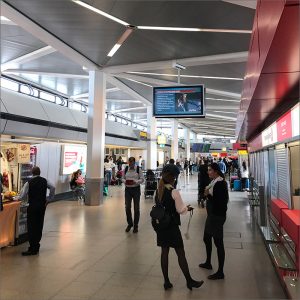 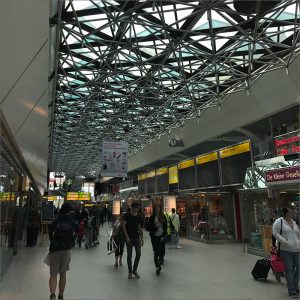 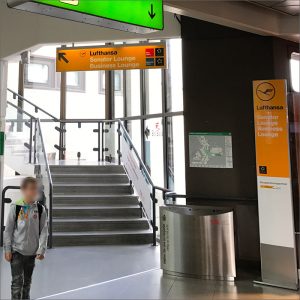 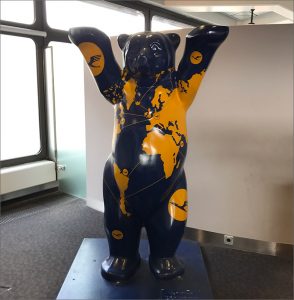 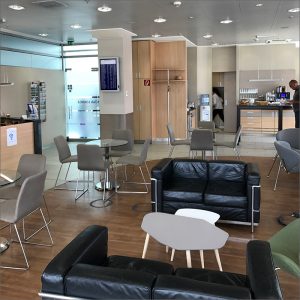 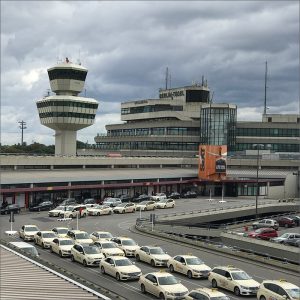 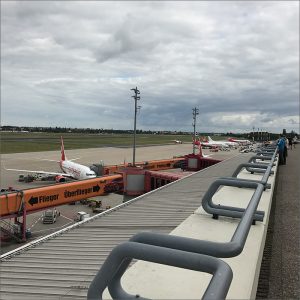 Berlin really needs a new airport… TXL is cute in a “Retro” kinda way, but no longer “World Class”.