The Lufthansa First Class Terminal (FCT) is one of, if not the Best First Class Lounge in the world. Built in 2004, it elevated the experience of traveling for HON Circle & First Class passengers leaving from Lufthansa’s main hub, FRA Frankfurt.

A complete, separate terminal building, you are greeted at the entrance, hand over your luggage and Passport to the staff, and they will take care of pretty much everything else. When it is time to board your flight, they will find you in the Terminal and take you to your car and driver, and through FRA’s extensive highway system under the airport, driven directly to your plane, by passing the entire main airport all together.

I have been looking forward to returning to FCT, if for no other reason… to get my duck from the shower/bath area. It’s one of the perks for paying FCT a visit. And I was unaware that they were yours to take for being a guest on my prvious visit here and at MUC. I know better now.

The Lufthansa First Class Terminal is a beautiful space, quiet and elegant. A few years back it had a refresh on the interior to match the updated cabin design. Though it was still very similar to when I had been here before, it looks fresh and new. You can see a great deal of care and pride goes into the space. I never saw a bit of wear or tear. And the staff are wonderfully present and invisible at the same time, they are there to make your journey a pleasure.

With this trip, I had plenty of time lounge around the facility. I had a bath and shower, just because I could. Dined, sipped champagne, lounged around and was super lazy for an hour or two. Fun!

FCT is not without a few flaws however. This time the à la carte dining was just not that good, and the offerings were just a bit to “German” with the added butter where none was needed. And the menu a bit ho-hum. And there is one big thing missing for an airport lounge, since Z Gates where built, you can not see the runways or tarmac… only the parking areas for employees, which is fun to watch, for a bit.

Since I had a few hours more till the midnight flight to Buenos Aires, they offered to drive me to the First Class Lounge in B-Gates area, so I could have manicure, a service they do not offer at FCT. So into the Mercedes, and a fun drive to the other side of Terminal 1. Escorted up to Lounge, and this lounge looks oh so similar, same furnishings and basic design of the Terminal, but with views of C Gate and a bit of runway. A much better view for an Airport Lounge. But this trek is one way… the Terminal can only be entered through the front door… so it is for departures only, and not geared up for those who are connecting in Frankfurt.

Finally the time came for the flight, and our drive was out toward Terminal 2, where they parked all the 747-8s for departure to South America. It was a thrilling view of these elegant beasts waiting for you to arrive. Worth the time and effort to come to Frankfurt, and I got 3 different ducks, and one for our dog too! 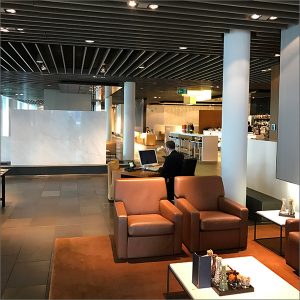 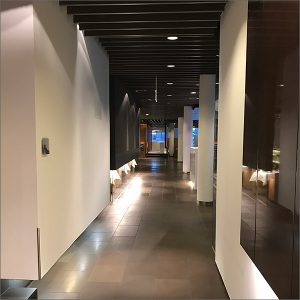 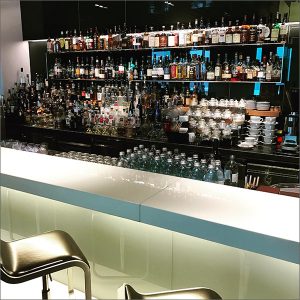 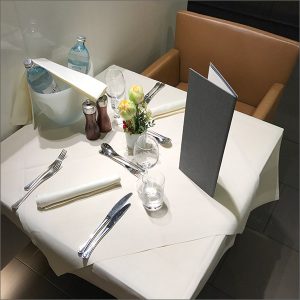 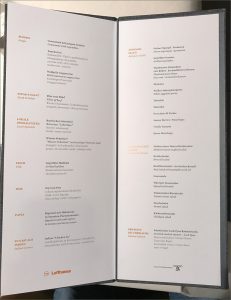 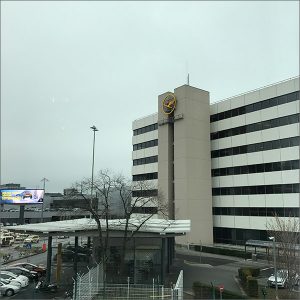 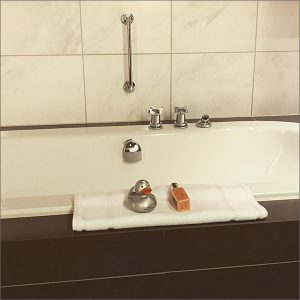 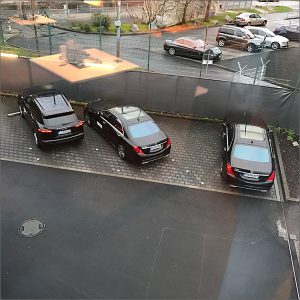 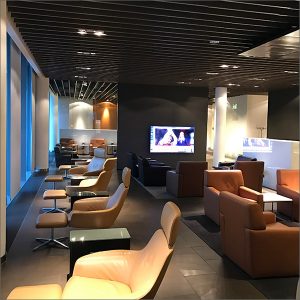 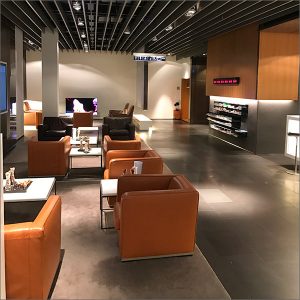 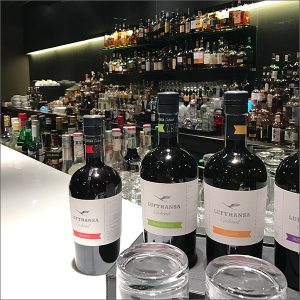 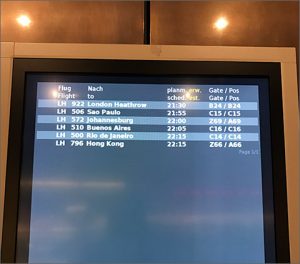